We will soon know if Richard Harmer was on the Saratoga in June or July 1942 with the next log book page. 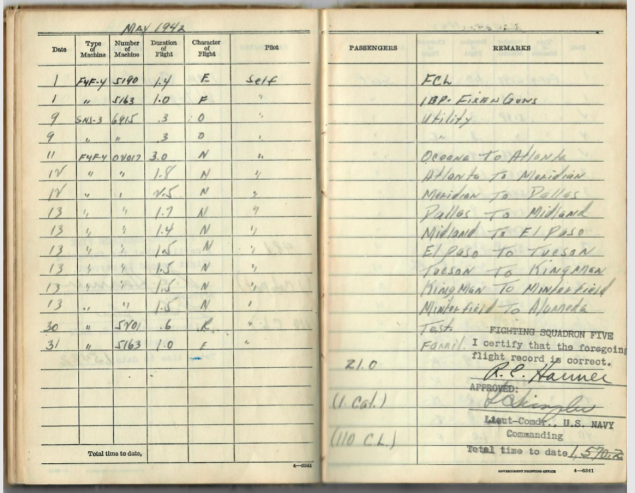 On May 13, 1942, Richard Harmer landed at Alameda, California. He left Oceana Naval Air Station on the 11th and cross the country in two days on a F4F-4 Wildcat. In two months he will be on the flight deck of the Saratoga with VF-5 posing for posterity with 38 other naval aviators. 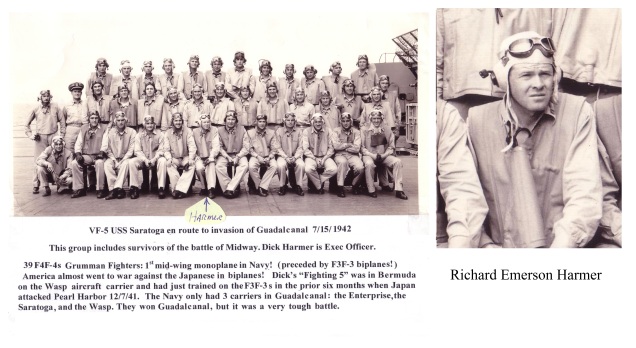 Meantime USS Saratoga is undergoing a refit after being torpedoed in January 1942.