Genesis of the “Shuttle Bombing”

The sudden Japanese strafing attack on Kendari II had made it clear that the Dutch ‘secret’ fields were no longer secret; they were in fact becoming too vulnerable.
The alternative was to mount direct ‘shuttle missions’ from Malang to Del Monte. This would allow for two-way bombing of targets between Java and the Philippines. An additional advantage of this kind of shuttle operation was that ammunition could be carried into Mindanao on the way out, while some of the 19th Bomb Group’s experienced personnel, now marooned at Del Monte, could be evacuated to Java on the return flight. 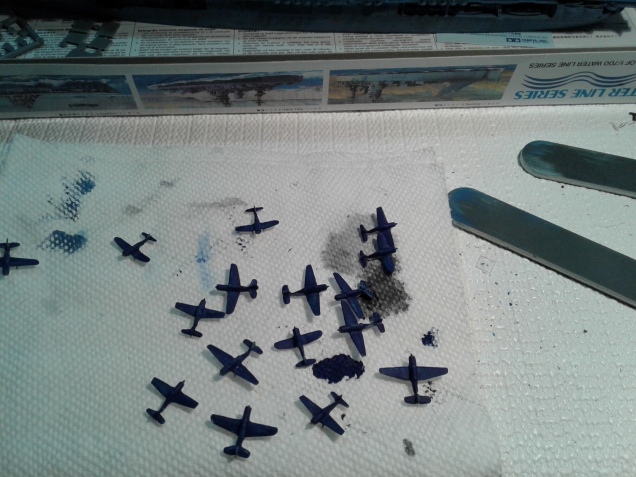 Light sanding on the upper surfaces. 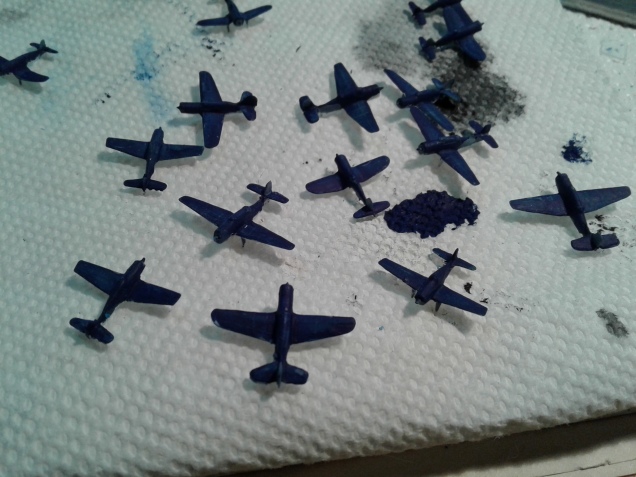 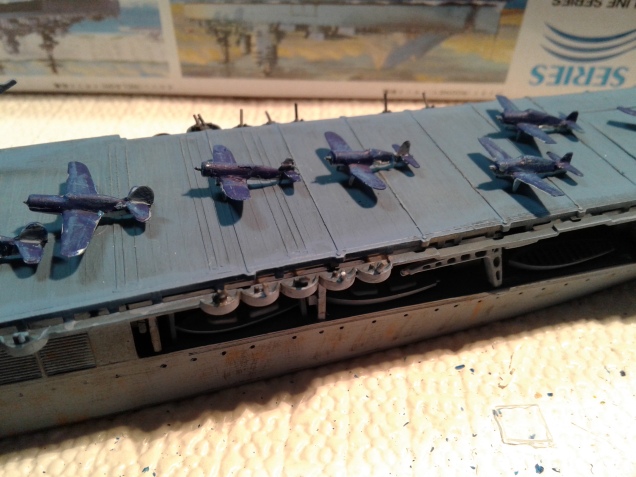 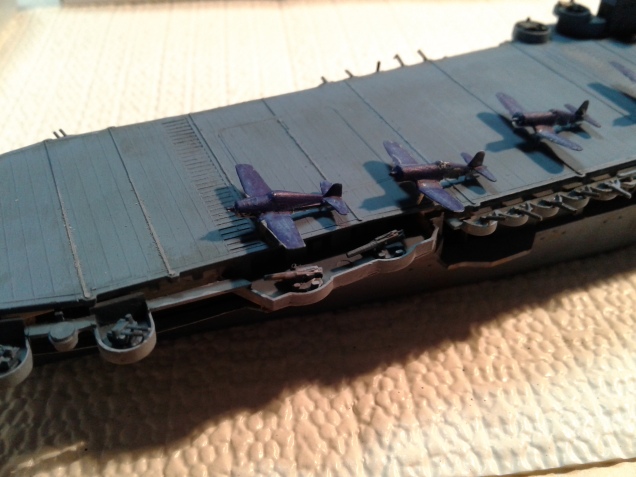 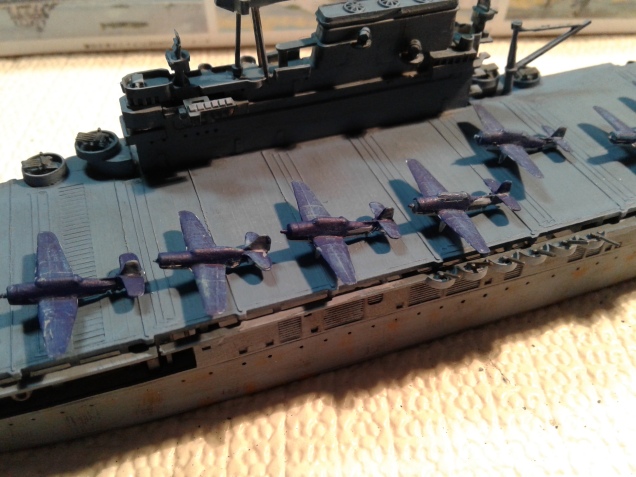 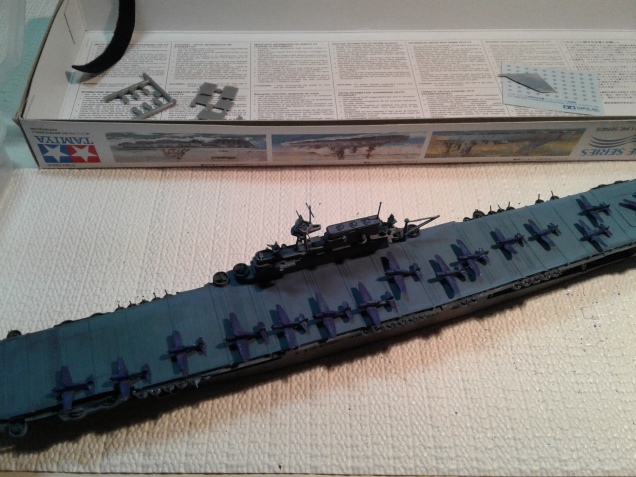 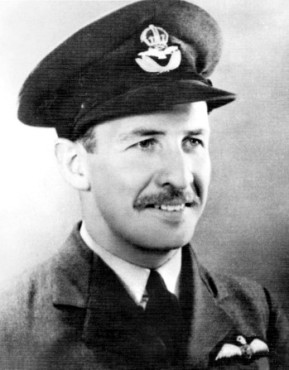 Leslie Clisby was born in McLaren Vale,  South Australia, on 29 June 1914, the second of four children to carpenter Albert Clisby and his wife Mabel, née Chapman. Having an aptitude for mechanical engineering, he joined the RAAF as a ground crew member in 1935. He was at Point Cook, Victoria, when he applied for an officer cadet course (Course A) in 1936. While there he crashed a Gypsy Moth (A7 45) on 26 April 1936, escaping by parachute. As it turned out, he was only the second man in Australia to escape using an Irvine parachute which entitled him to become a member of the Irvine Parachute Caterpillar Club.

Clisby graduated flight school in mid-1937 and, under a pre-war arrangement between the British and Australian governments, volunteered for transfer to the Royal Air Force (RAF); he sailed for Europe that July.  On 26 August he was granted a five-year…

I got the motivation to start painting the planes.

First overall with light gray as a base color, then painting them intermediate blue, then changing my mind to sea blue, and white for the underside.

I will pick up the details after. 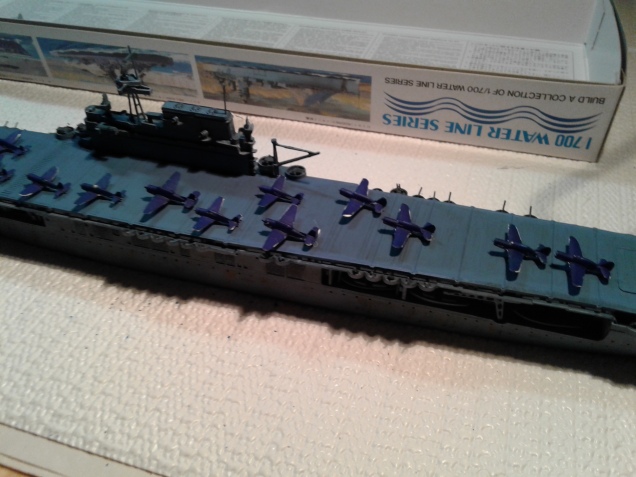 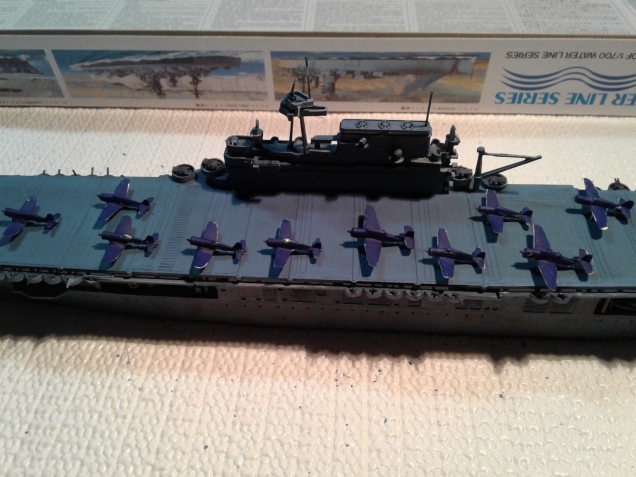 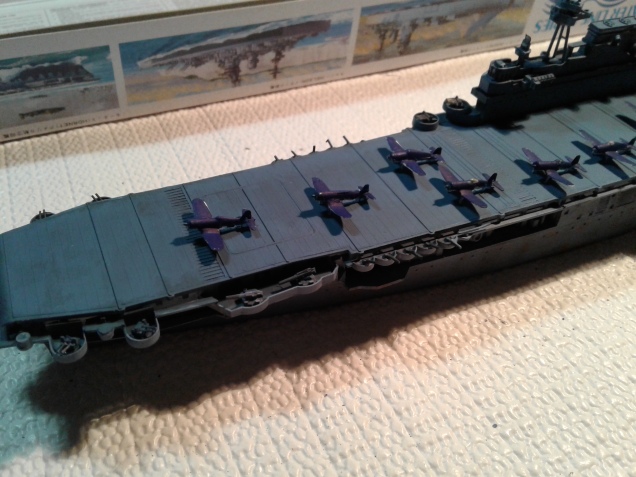 USS Saratoga CV-3 is somewhat special. No need to explain unless you want to know all about Richard Harmer. 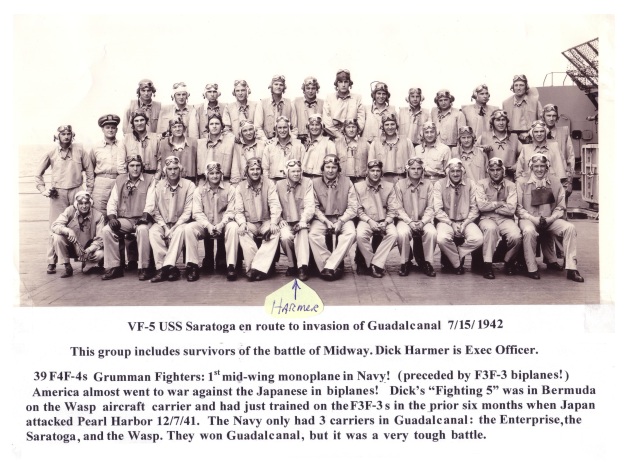 Inspiration for my 1/700 scale CV9 Essex

The fourth United States vessel to bear the name Essex was launched 31 July 1942 by Newport News Shipbuilding and Dry Dock Co. by Mrs. Artemus L. Gates, wife of the Assistant Secretary of the Navy for Air; and was commissioned 31 December 1942.

Following her sea trials USS Essex (CV-9) sailed to the Pacific in May 1943.  Departing Pearl Harbor, during the remainder of 1943 she was involved in operations Marcus Island (31 August 1943), Wake Island (5-6 October), and launched an attack with TG-50.3 against the Gilbert Islands.  The latter operation included her first amphibious assault, the landing on Tarawa (18-23 November).  After refueling at sea, as flagship of TG-50.3 attacked Kwajalein (4 December).

1944 brought more of the same; her second amphibious assault was delivered as part of TG-58.2 against the Marshalls (29 January –…

I knew I had somewhere a paint jar of rust acrylic from Floquil that I had bought 40 years or so ago.

Low and behold! It was just like brand new when I opened the jar… 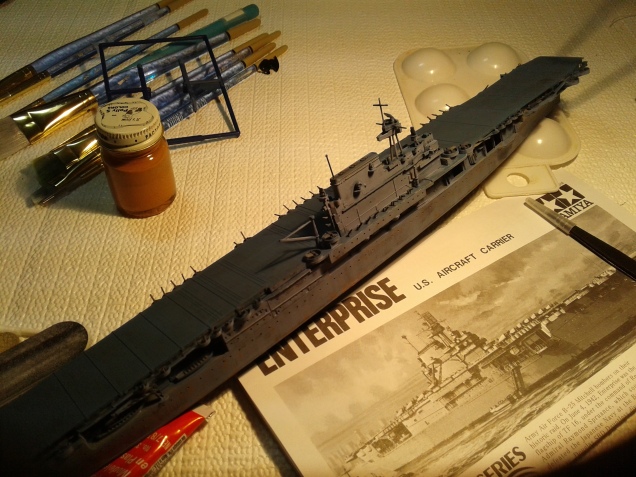 So I got weathering the old Enterprise. 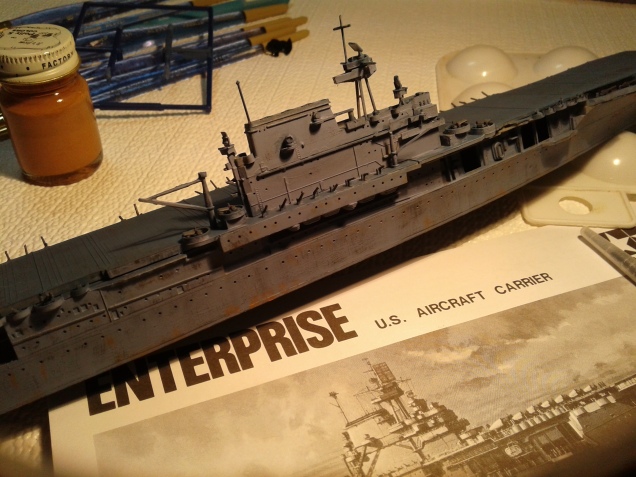 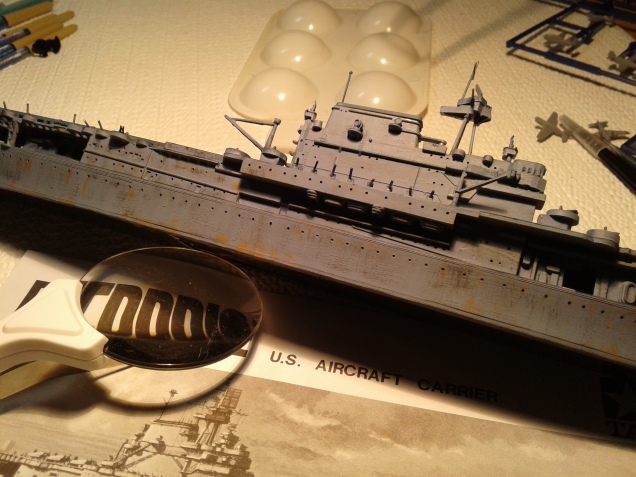 Join 27 other subscribers
Follow My Forgotten Hobby II on WordPress.com